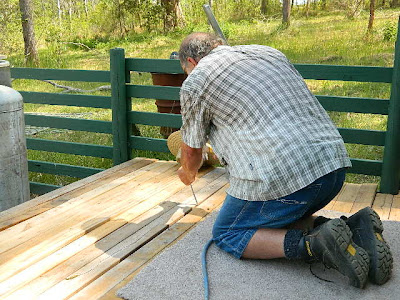 You can't say we did not work our little butts off the last few weeks. George admits we did just great getting so many jobs ticked off the todo list. We had a week off to rest and had to be back at the farm to recieve the delivery of roofing sheets we had ordered. The weatherman had predicted rain and only a small gap of fine weather our way. The section needed to be prepped, old sheets off, a small deck built only because it lended itself to make a cosy corner for the doggies to sleep out of the cold and rain. The corner post had to hold the roof up 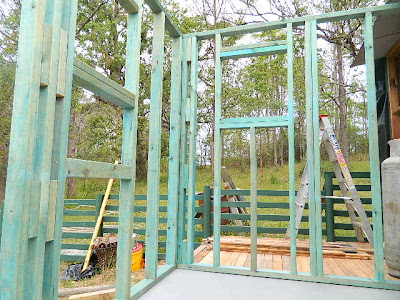 The bathroom frames had to be erected and squared up. New roof trusses had to be screwed into place, that in itself took a whole day to do, all double jobs as the old had to be removed first. At this point I need to mention a beam had fallen and nearly sent me off to dreamland. I do have a nice shiny bump to proof it. trouble come in 3's they say and that day was no exception. next I tripped and fell om my bum walking backwards pulling and pushing the big beams,just lucky it was a soft landing. Then up went the sheets all 7.70mtr of each sheet, after I wrestled them in the correct position. It took both of us to lift them up and push the sheets up. 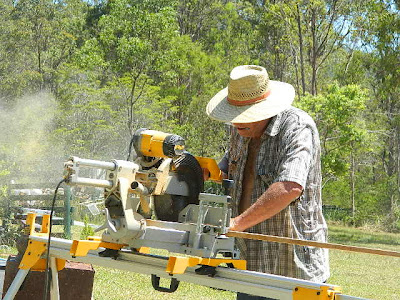 With rain on the way we had to work fast to get the sheets secured. 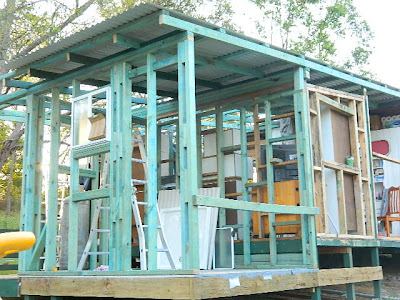 lucky we had done the stand for the cube, and installed the first gutter, when we first arrived. George admiring his handy work. 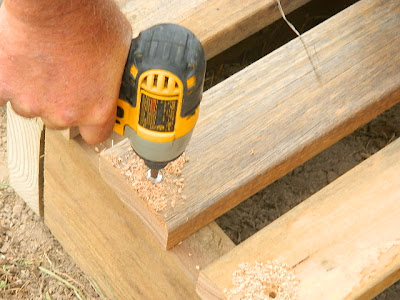 The stand is made of treated sleepers for the box and rails screwed on top. 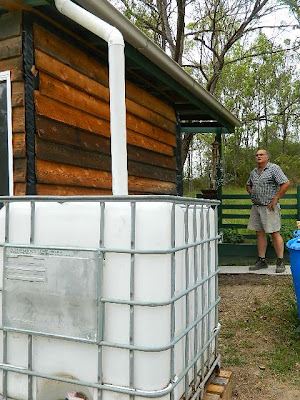 The kitchen window had to be moved, to make space for the 3 door cupboard sbove the bench top. 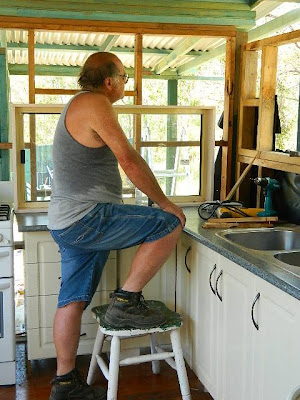 The man was not a very happy chappie. 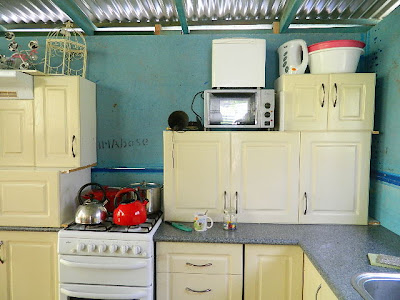 We installed the blue boards ready for the next step. 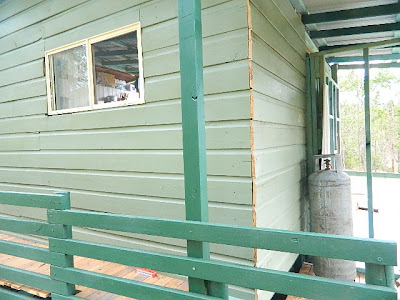 Which created another job for him to fix the cladding. While he was cladding we just continued around the corner. One of my jobs is painting which I just love. Colour scheme info is here And then another window had to be installed in the bedroom, it was 45 degrees and we were dying cause there was no breeze through the bedroom. Once again he wanted to go the easy way but then the window would not have been centre. I won that one. The red cedar cladding had to come off and replaced with cypress cladding. How we managed to get through all this work in 10 days I don't know but we did it. 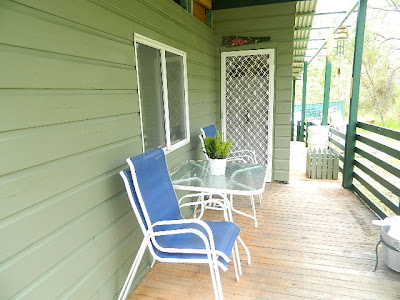 Until next time rina
Posted by Rina ... also Chester or Daisysmum. at 12:07 AM