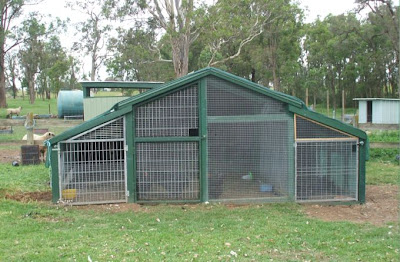 Well the chook palace is done, the east wing now houses Matlilda and 7 chookies, varying in ages from 2 to 4 months. First thing they did was have a good scratch around then processed to have a dustbath. Lots of talking going on. The hens have been laying an average of 6 eggs a day, not that we eat so many eggs a day. Come the end of the week and the bowl is overflowing with eggs, the neighbours get a dozen just for putting up with Harry's crowing. He's a black orpington rooster. I meant to take a pic tonight but we got home so late it was to dark by the time I thought of it. 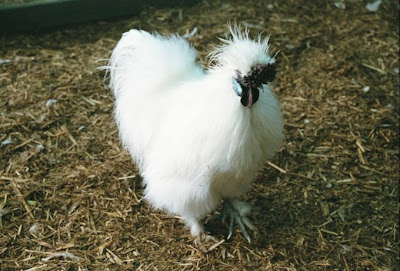 The silky roosters are not as loud, thank goodness. Clyde and his boy rooster, do have the occassional tiff, with a face off, puffing up those neck feathers ... eyeing each other and lift off ... like don't mess with my girls. I tried offering him free on farmstock but nobody wants roosters atm.

Daisy was ramming the sheep at her food bins this evening, she tried hard to fend them off ... then the game was on "run and bounce around the veggie patch all 10 sheep and 1 silly Daisy goat. Only Daisy gave one huge jump and landed inside the patch, bad enough she all ready eat the rosella plant that there's only stalks left. The only thing we can now do to protect the veggie patch is to lift the fence higher or get hot tape. 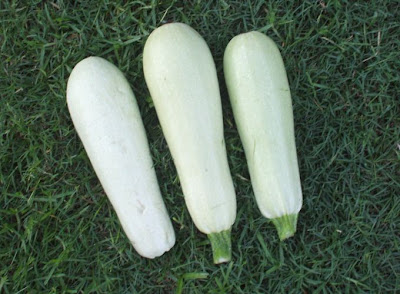 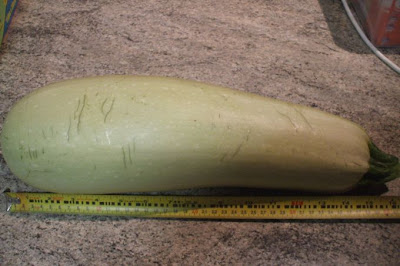 Talking about the veggie patch, I so nearly pulled the zucchinnis cause they looked a bit sickly, then they just took off and started flowering. No manual cross pollination here and look at what we picked over the weekend. Yesterday I picked a whopper measuring just on 15 inches long and weighed 2.475kgs on the parcel scale at work. I gave Pina one last week and today Kay got the big one. She promised to take photos, of the before and the yummy dish she is planning. Can't wait.
. 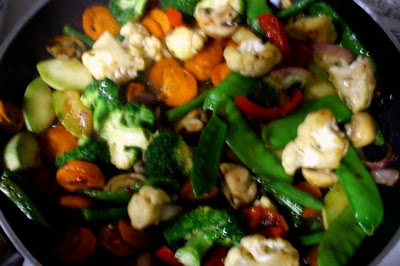 Tonight we have a lovely veggie stirfry with lamb chops. It was rather yummy. It's late and we need to be up by 4.30 am so

Good Night to All