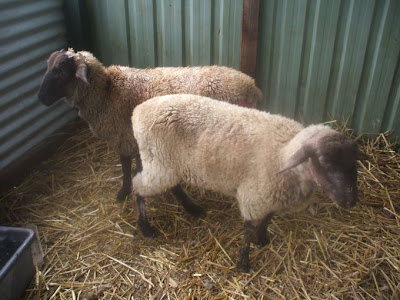 It's not going real well here atm, we got another injured patients The terrible twins Rowan and Sally. My grandsons named them, so we have to stick to that. Comparing the two sheep you can see just how sick Sally is, by looking at her stomach. She looks real thin atm. 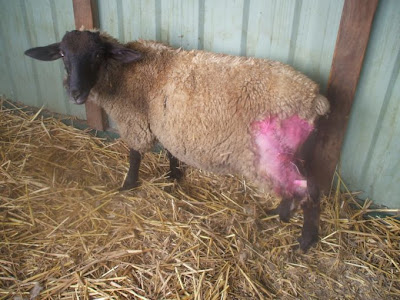 Rowan joined his sister cause of this injury, ripped open and hammered into a fence by the landlord's ram. Tanya came to his rescue when she went to check on Sally. While she was trying to drag him to safety, the ram was lining her up, missing her by inches. But if I know her she would have just got mad and would have belted him with a stick. As it is she going to shoot him if Fernando doesn't do something soon. Only she's still recovering from a ruptured appendix so did not need to deal with this sort of thing atm.

Got the call at 12am, rushed home, took one look at Rowan , loaded in and off to Camden's livestock department. It a teaching facility for Vets. We take all our animals there. He got a injection to knock him out a little, and proceeded to shave him and clean the wound, a local anesthetic, lucky no muscle damage, put a drain in and stitched him up. I got to watch and learn few thing, like stitching, putting the drain in and just general tiding up of the wound. Atleast I did not pass out!
Posted by Rina ... also Chester or Daisysmum. at 6:28 PM