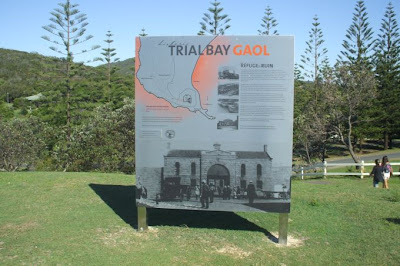 Next we off to view the Trail Bay Goal near South West Rocks ... there's a bit of restoration going on so could not get a really nice pic except with scaffolding everywhere in front of the main entrance. We paid our entry fee which I dare say goes to pay that nice bloke working on the granite walls. First we heading off to watch a short introductionary film (15min) Just grab yourself a Cornetto (ice cream cone with vanilla covered in chocolate) to munch on while we watching the film. 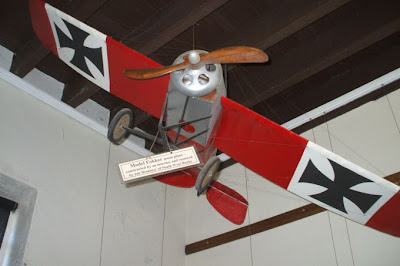 The outbreak of fighting in Europe in August 1914 immediately brought Australia into the ‘Great War’. Within one week of the declaration of war all German subjects in Australia were declared ‘enemy aliens’ and were required to report and notify the Government of their address. In February 1915, enemy aliens were interned either voluntarily or on an enforced basis. 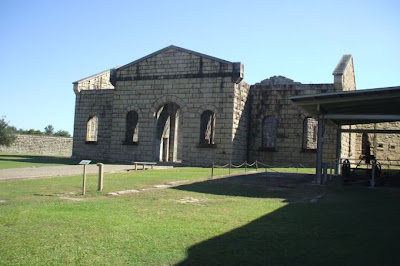 In New South Wales the principal place of internment was the Holsworthy Military Camp where between 4,000 and 5,000 men were detained. Women and children of German and Austrian descent detained by the British in Asia were interned at Bourke and later Molonglo near Canberra. Former gaols were also used. Men were interned at Berrima gaol (constructed 1840s) and Trial Bay gaol (constructed 1889). The internees at Trial Bay Gaol created their own management committees that organised entertainment, sport, culture and arts activities. 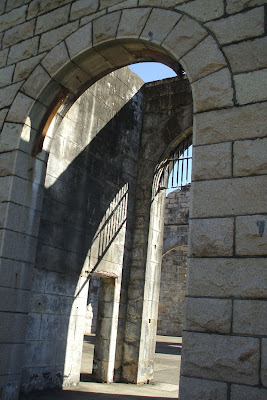 The Trial Bay Internees Collection is integral to the fabric of the Trial Bay Gaol heritage site and provides the distinctive character of the place. Its primary significance lies in its relationship to the themes of wartime internment experience, racial antagonism, Australia’s fear of subversion and strict adherence to Britain’s wartime foreign policies. The Collection interprets the story and provides evidence of the experience of the German internee’s life at Trial Bay, the attitudes of the German internees to the war and internment and their relationships to other German communities in NSW both interred and free. The camp newspaper Welt am Montag produced by the internees gave a running commentary of politics, the local German perspective on the progress of the war and an insight to the conditions and grievances of life at the camp. The models and dolls’ furniture the internees made reflect the strong sense of community, boredom and hobbies and activities to fill in time, and a longing for families and children symbolised by care invested in the children’s toys made for Christmas presents 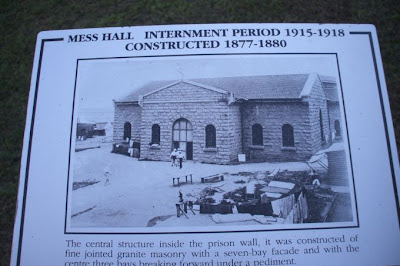 The most important historical site in the area is the Trial Bay Gaol (it is located to the east of the small settlement of Arakoon) which has a museum as well as beautifully preserved ruins. It is under the control of the National Parks and Wildlife Service who have maintained it in superb condition. There is a self guiding brochure available which leads the visitor through the points of interest. 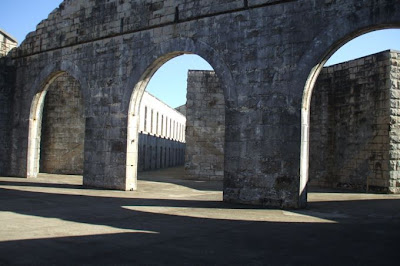 The prison was built between 1877 and 1886 to house 'good conduct' prisoners. It was built out of grey granite which was quarried on the site and is characterised by its hexagonal structure with three cell blocks actually radiating from the main entrance. Its primary purpose at this time was to house cheap labour to help with the construction of a 1.6 km breakwater around the bay. The project was not completed and the prison closed in 1903. In fact in 1903 the breakwater had only reached a little over 300 metres and a storm that year reduced it to little more than a pile of rubble. 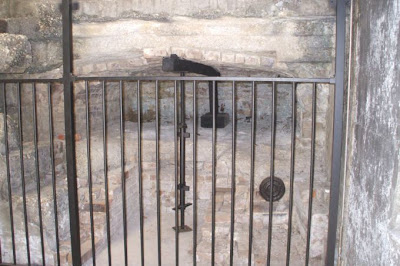 Imagine baking bread for the whole camp in this oven. Pic below is taken from inside the Mess hall, looking out, a bit like being inside a cell locked up. 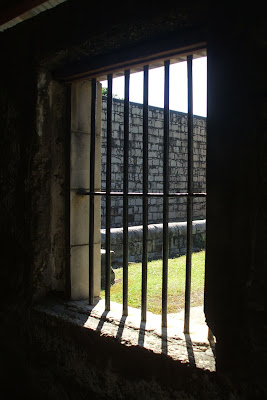 It was reopened in 1915 and used to intern Germans during World War 1. The anti German feeling at the time had led to the rounding up of innocent Germans. Although life was hardly pleasant the Germans established their own band, turned part of the gaol into a tennis court and one visitor described the nights as being more like a pleasant beer hall than a prison. 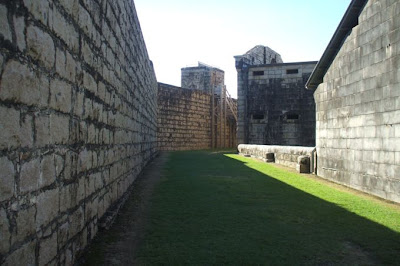 There is a monument to all the Germans who died while interned at Trial Bay. It is signposted and is located on the cliffs to the east of the prison. The prison was closed permanently in 1917 and the movable parts of the building were auctioned off in 1922. 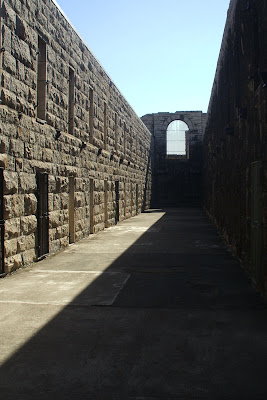 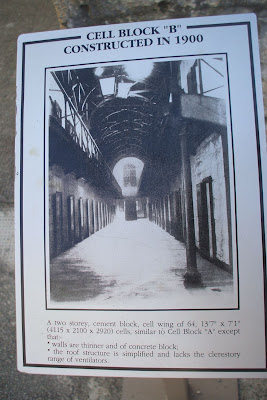 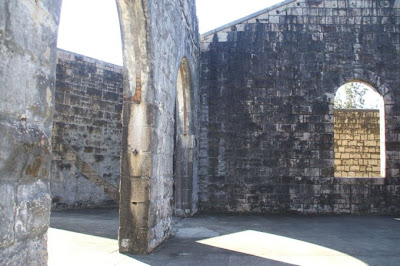 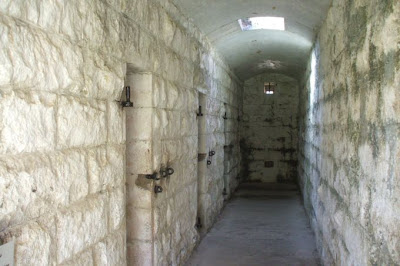 The above cell block is small and very dark, esp for the problem inmates!! There are names scratched into the decaying walls, could they be of prisoners? 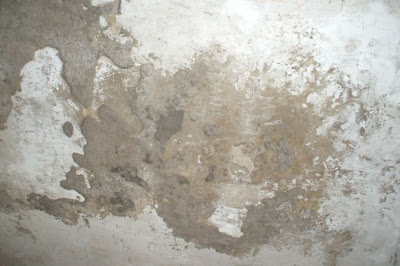 I found this video of a young family visiting the Goal on YTube, I have no idea who they are, but I hope they don't mind me adding it to this post. The little one is so cute.

There are no winners in wars!
Until nexttime
Rina
Posted by Rina ... also Chester or Daisysmum. at 7:34 PM